I Fake A Smile November Until Opening Day…

Some November thoughts from the Vice President of Red Sox Nation:

1. First of all, let it be known that the VP of RSN became a dad for the fifth time on the same day that Mike Lowell re-signed with the Red Sox (Novembe

r 19). When my new little daughter is grown up we’ll still be talking about what a great day November 19, 2007 was in Red Sox Nation! (I lobbied my wife to name her Lowell, but to no avail…. just as I lobbied hard to name my second son Drew when he was born during the second quarter of the Patriots’ AFC Championship victory vs. Pittsburgh on January 27, 2002… Bledsoe came off the bench to win that game…. but, alas, our son had already owned a different name for an hour by the time the game ended.)

2. What Curt Schilling and Mike Lowell did (signing contracts to stay on a team they love for fewer years and less money than they could have received elsewhere) is unbelievably rare in professional sports. How many players can you name who have done this? 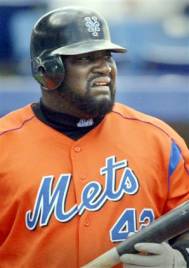 99% of the time, the player complains “my team doesn’t respect me” and “doesn’t want me as much as the other team does” and then they say it has nothing to do with money, but with “respect” when they take the extra year and the extra $15M. All of us in Red Sox Nation need to appreciate these guys for choosing US over millions of dollars that were available to them elsewhere. And I congratulate Curt and Mike on seeing the big picture. There actually aren’t many people who have retired as certified Red Sox Legends (and who see the priceless value of doing so) and these two have put themselves in a position to do just that.

and Lowell. The Sox-Yanks rivalry is such a gift to us sports fans in Boston, and having the same players involved over a long period of time gives the rivalry real substance. The distinctive story lines that have already developed involving these players and many of their teammates will get carried over to another season and now there will be another ending to this particular rivalry’s story.

In my late-’70s childhood, we learned to boo Chambliss, Randolph, Dent, Nettles, Munson, Piniella, Jackson, Guidry, and Gossage. And these guys stayed together for a stretch that was long enough that they were THE YANKEES of their era.

I’m happy for the children of Red Sox Nation — that their childhoods will be enriched by a consistent set of Sox/Yankees rosters. This is part of the reason I was distressed when the Sox traded Nomar, and when Damon signed with the Yankees. I’m really happy that, for at least the next three years, all of us in Red Sox Nation will get to witness the thrill of ninth inning comebacks vs. Mariano, and we’ll get to watch A-Rod’s daunting figure in the on-deck circle, and we’ll be graced with the emotion that Posada brings to big games — and that all these great athletes we love to boo will be wearing the hated pinstripes. It just makes life better that way.

One response to “I Fake A Smile November Until Opening Day…”