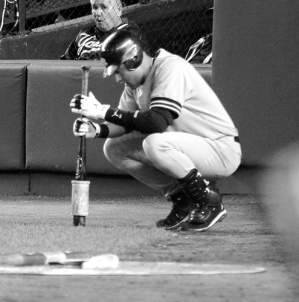 The Yankees are in town for a weekend showdown, and Boston Globe columnist Kevin Cullen has written a well-timed article making a case for the forced extinction of the chant, “Yankees Suck!” I couldn’t agree more with Kevin, and his article reminded me of a piece I wrote in March, 2008 for the Sox and Pinstripes blog, about why Red Sox fans actually love the Yankees more than we hate them. Here’s an excerpt from that article:

I’m Vice President of Red Sox Nation, and I love the New York Yankees. Are you a Red Sox fan who’s shocked by this statement? Guess what, you love them, too. In fact, the longer you’ve been a Red Sox fan, the greater your love is for them.

Close your eyes for a moment and imagine a world without the Yankees. Imagine there’s no rivalry between the Boston and New York baseball teams; in fact, there’s no legitimate “rivalry” between the Red Sox and any other team. Goose Gossage was never a nemesis and David Ortiz never hit those 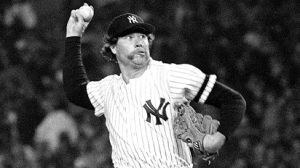 dramatic walk-off homers. Mariano Rivera played for the Reds so we hardly knew him, and George Steinbrenner owned the Phillies so his name merely rings a bell. 1978 never happened, but neither did 2004.

Do you find this vision enticing? Nah. Like me, you appreciate the way things have turned out so far (the painful times made the jubilant times more jubilant), and you’re dying of anticipation as you think ahead to future seasons of the greatest rivalry in all of sports. You’ll never root for the Yanks, but you’ll be happiest when they’re a top-notch team that buys whatever superstar they want…. then loses to the Red Sox in games that really count. And you’ll give Derek Jeter a “standing-O” in his last at-bat at Fenway Park because, like me, you deeply appreciate what he has contributed to your enjoyment of The Game – as a Yankee.

To read the article from Sox and Pinstripes in its entirety, click here.